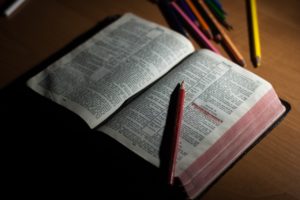 The existence of refugees is nothing new.

Today, the refugee crisis in Syria continues to make headlines, but in 2003 it was over 2 million refugees fleeing the war in Iraq. In 1994, 2.5 million Sudanese fled the war in the Darfur region, and in the same year, over 2 million people left their homes to escape genocide in Rwanda. Around 2.7 million refugees escaped the Bosnian war in 1992, five million left Soviet-occupied Afghanistan in 1979, and the dictatorship of Idi Amin forced thousands of Asians from Uganda in 1972. During the late 1970’s over 3 million people fled from Vietnam, Cambodia, and Laos with around 1.3 million resettling in the United States. In 1948, the Arab-Israeli War resulted in around 5 million Palestinian refugees. Still, the single largest refugee crisis in world history occurred in 1945 during World War II as over 40 million Europeans fled their homes and countries. Well over a million more refugees resulted from World War I in 1914, 2 million Jews escaped persecution in Russia in 1881, and, in 1783, over 10 million Muhacirs fled persecution in their respective countries to settle in what is modern-day Turkey.

The list goes on and on, yet these are only some of the major refugee crises in the past 250 years!

So, let’s look at some of the earliest refugees in history, as recorded in the Bible. Adam and Eve were effectively refugees after their sin resulted in their expulsion from the Garden of Eden. Cain was similarly banished to wander the earth while Abraham and Sarah, Isaac and Rebecca, and Jacob were at one point or another forced to live in different lands to escape famine. Moses and the Israelites fled from persecution in Egypt, Naomi fled from famine, David fled from Saul, and Elijah fled from King Ahab. The Israelites were displaced in exile to Assyria and then Babylon before Nehemiah began the return to Jerusalem. Ezra, Esther, Mordecai, Ezekiel, Daniel, Shadrach, Meshach, and Abednego were all forced from their homelands for different reasons.

And then there is Jesus who was born in Bethlehem rather than Nazareth because of a government ordered census which required temporary displacement. Shortly after his birth, Jesus, along with Mary and Joseph, fled to Egypt to escape the murderous orders of Herod. Have you noticed the incredible notoriety of these Biblical refugees?

Not only does God care deeply for the refugees in the world, he uses them in tremendous ways. God also uses forced migration to further His kingdom and spread the gospel.

In Acts 8, persecution of the early Christians displaced them into different regions. The result of this was that,

“those who were scattered went about preaching the word” (Acts 8:4).

So, while I would never claim that God causes refugee crises, he surely uses refugees and the scattering of peoples to spread the gospel message and increase our faith in Him.

Beside all of this, we can consider ourselves Heavenly refugees. Ever since Adam and Eve were expelled from the garden, mankind has lived apart from God’s manifest presence and the amazing homeland that was originally created for us. Jesus’ sacrifice offers the opportunity to restore that relationship and return us to an eternal life with him in Heaven. Though we remain here on Earth as a result of sinful exile, “our citizenship is in Heaven” (Philippians 3:20).

Being considered spiritual refugees in a foreign land, unified in the belief that “in Christ Jesus you are all children of God through faith” (Galatians 3;26), we await the time when we will return home with our Heavenly Father.

God cares enough about our “refugee status” to redeem us through Jesus’ death and resurrection, he cared about the many refugees in the Bible as he provided for them and used them in his plan, and he surely cares about the millions of refugees in the world today.